FREE SHIPPING ON ORDERS OVER $59
One Day Ground Shipping to Ashburn, Virginia!

What is a Kölsch beer? 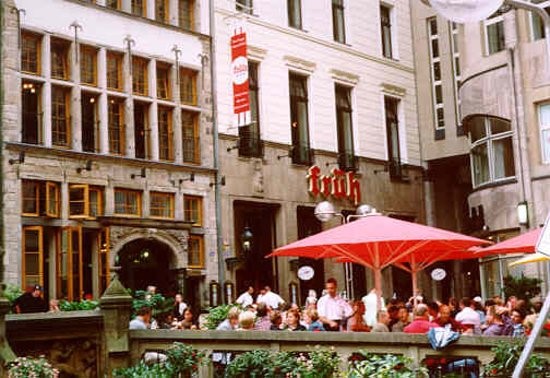 The Kölsch beer style is interesting on many levels. First is that it is a nod to the old manner of brewing in Germany in that it is fermented with an ale yeast strain. But after primary fermentation is complete this beer is typically lagered for a few weeks. The Germans use the term obergärige lagerbier which translates to top-fermented lagered beer. The word obergärige acknowledges that the beer is fermented with an ale yeast strain and the word lagerbier acknowledges the aspect that the beer is lagered. I personally refer to Kölsch as being a hybrid beer style.

In the book Brewing Classic Styles the keys to brewing a Kölsch:

Kölsch is a subtle beer, with a light grainy Pilsner malt aroma and flavor. It is subtle and soft with some grainy malt sweetness up front but with a crisp enough finish that the beer never really seems sweet. The other flavors often attributed to this beer, such as sulfur, hop flavor, hop aroma, and fruitiness, are usually very subtle in the examples or not present at all.”

For my palate a Kölsch is an enjoyable and drinkable beer especially during the warm/hot times of the year. In Germany a Kölsch is served in a cylindrical glass called a stange (see photo below):

There is a very long history of brewing beer in Germany but the Kölsch beer style is a relatively new type of beer. The German city of Cologne (Köln in German) itself has a long history of brewing but it wasn’t until 1918 that the first beer labeled as Kölsch was brewed by Sünner brewery. In Germany the Kölsch beer is considered an appellation and only breweries in (and near) Cologne are permitted to label their beers as being a Kölsch. In addition, there is a formal document called the Kölsch-Konvention which was adopted in 1986 which provide further details on what defines a Kölsch:

The above is via an online translation of a Wikipedia entry in German. For those of you who know German: 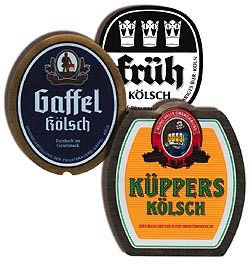 Some breweries in Cologne also brew an unfiltered version of a Kölsch (which can’t be labeled as a Kölsch due to the rules) and those beers are referred to as a Weiß (or Weisse) in Cologne. I once had the pleasure of drinking a Sünner unfiltered Kölsch on draft at a local craft beer bar and I thought that beer was excellent (despite not officially being a Kolsch)

“This is the unfiltered, fresh-from-the-aging-tank version of Sünner Kölsch. It has a hazy appearance and a more intense flavor than kölsch. The aroma is yeasty, slightly hoppy and bready. On the palate, Sünner Kellerbier is fuller in body than normal kölsch and has a more complex, very dry, character with notes of hay, bread, honey and a nice, clean bitterness. It’s a wonderful complement to Sünner Kölsch and a delightful beer in its own right!” 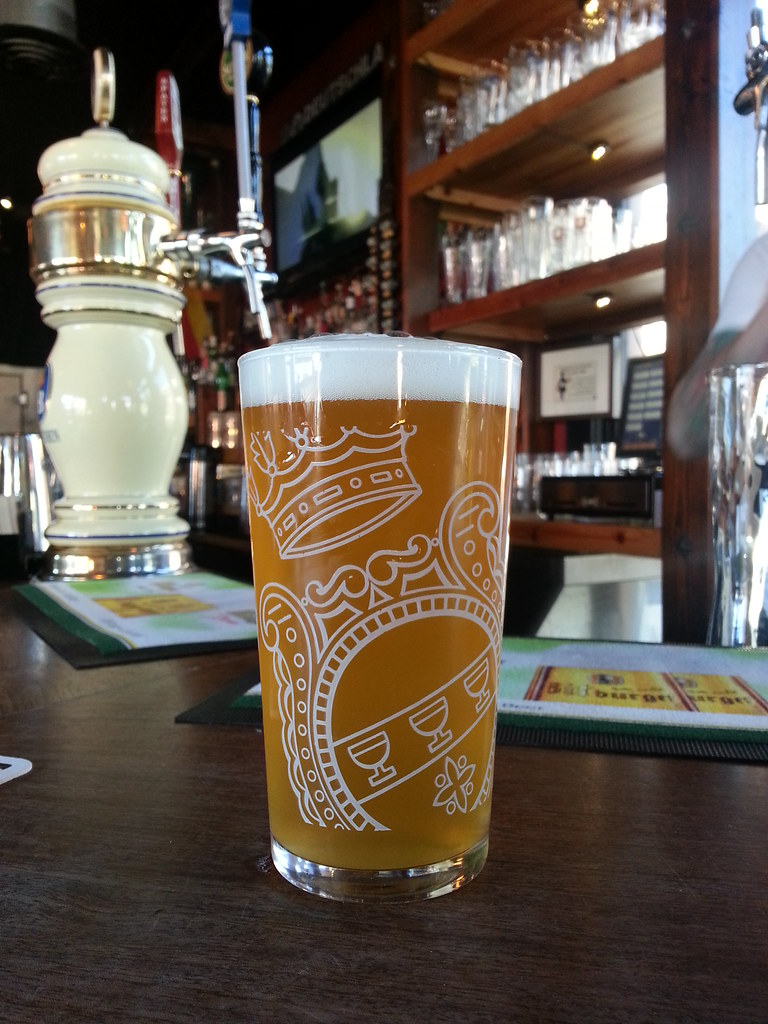 While a Kölsch could be brewed using malt extract (e.g., Briess Pilsen Dried Malt Extract), which I have done in the past, you really will not obtain the Continental malt character that this beer style truly needs. The malt needed to brew this beer is a European Pilsner Malt and my preference is those from German malting companies. I have brewed batches of Kölsch using Bestmalz and Weyermann Pilsner Malt to good effect.

There is also a malt produced by Schill Malting Company that they brand as Kölsch Malt. This malt has a great flavor profile for producing a quality Kölsch beer but it is kilned a little higher (i.e., darker) so I personally chose to split this malt with Pilsner Malt in order to obtain a beer that was not too dark in color. As a homebrewer you could use Schill Kölsch Malt as 100% of the grain bill but just be aware it will be darker in color for the beer style.

There is a new Pilsner Malt from Briess which they brand as Synergy Select Pilsen Malt:

“A true European-style Pilsen Malt that is rich in flavor, high in extract, and low in protein with moderate enzymes and FAN (Free Amino Nitrogen). Balanced flavor with malty, subtle honey, bready, and cracker notes.”

I have no personal experience with this new product from Briess but it reads like the needed characteristics to produce a quality Kölsch.

I have read some recipes which call for small amounts of Carapils, Vienna or Wheat Malt but my personal preference is to use 100% Pilsner Malt for making this beer style.

Despite the “hop-accentuated” characteristic listed in the Kölsch-Konvention document the Kölsch beers brewed in Cologne are not hoppy beers. Those beers feature malty flavors accompanied by very subtle yeast derived flavors (to be discussed more below).

The typical hops to be used to brew a Kölsch are German noble varieties: Tettnang, Hallertauer Mittelfruh, Spalt. I personally choose to only use hops for bittering but a small addition for flavor (e.g., last 15 minutes of the boil) would be acceptable.

I am of the opinion that proper yeast selection and proper fermentation/conditioning conditions are critical to produce a high quality Kölsch. Both Wyeast and White Labs produce a yeast strain intended for fermenting a Kölsch:

I have homebrewed many batches with Wyeast 2565 and I have always enjoyed the flavor profile that this strain produces when fermented cool (e.g., 60 – 62 °F). It produces a very subtle, but noticeable, ester that tastes like a Pacific Northwest Sauvignon Blanc to my palate. I think this aspect adds a desirable complexity to the resulting Kölsch beer.

I have brewed once with WLP029 and while I did enjoy drinking those beers, they lacked the fruity white wine flavor that I personally desire in a Kölsch beer.

There is also a relatively new dry Kölsch yeast strain from Lallemand: LalBrew Köln. I have not personally tried this yeast product and I have yet to read a review from another homebrewer. For folks who prefer to use dry yeast this new product is an option.

In the May/June 2017 issue of Zymurgy magazine, Martin Brungard discussed the brewing water in Cologne. He provides a water profile and comments:

“An important finding to take from the water profile is that it is relatively mineralized. The ions contributing to flavor (magnesium, sodium, sulfate and chloride) are present in modest but significant concentrations. Sodium and chloride content enhance the sweetness, and sulfate helps dry the finish. Subdued maltiness and an attenuated, dry finish are key characteristics of the Kölsch style, and including those ions is helpful to achieve those goals.”

I use carbon filtered municipal tap water to brew my beers and I have a lab report from my water supplier which provides the mineral content of my tap water. To get to the ranges listed above I add some gypsum (CaSO₄·2H₂O) to my water to increase the amount of Calcium and Sulfate ions. For folks who start out with RO water you can build up your water using mineral salts to match the above water profile.

German brewers tend to prefer to conduct a step mash but with today’s well modified malts a single temperature infusion mash is sufficient to conduct a mash. The important thing is to conduct the mash at the lower end of the temperature range to increase the fermentability of the wort (achieve a low final gravity). I choose to mash at 149 °F and I also extend the mash duration to 75 minutes. This combination of lower temperature and duration results in a very fermentable wort in my homebrewery.

Pilsner Malts are higher in S-Methylmethionine (SMM) than other base malts (e.g., Pale Malt). SMM is a pre-curser to Dimethyl Sulfide (DMS) which can cause flavors described as creamed corn or cooked vegetables in the resulting beer. Conducting a vigorous and longer duration boil will drive off SMM and consequently diminish the amounts of DMS in the wort/beer. Some people like to boil their Pilsner Malt wort for 90 minutes to maximize driving off SMM. I personally choose to boil my Pilsner Malt worts for 75 minutes and that duration works for me. I have read on homebrewing forums that some folks only boil for 60 minutes and they do not perceive DMS in their beers. There are various factors here:

Select the boil duration that best suits your preferences here. Just be aware that Pilsner Malt is indeed high in SMM compared to other base malts.

Kölsch beers are classically fermented on the cool end of temperatures for an ale. While a typical ale would be fermented in the mid-upper 60’s °F a fermentation temperature more like 60 °F is used for a Kölsch. But the wild card here is that you are best served to follow the recommendations given by the yeast vendor. For example, White Labs recommends that WLP029 be fermented in the range of 65 – 69 °F. When I brewed my one batch of Kölsch using WLP029 I decided to ferment at 65 °F. Could I have fermented with this strain at a lower temperature?

Wyeast 2565 is a rather ‘dusty’ yeast strain and upon completion of primary fermentation the beer will have a hazy appearance. My solution to this problem is the lagering phase which will eventually get this yeast strain to settle/flocculate. Some people use a fining like gelatin to expedite the clarification of the beer.

The advantage of WLP029 is that this yeast strain flocculates readily and the beer will be quite clear upon the completion of primary fermentation.

Towards the end of fermentation you could choose to elevate the temperature a bit (e.g., 68 °F) to ensure that all of the diacetyl produced during the primary fermentation is processed; this step is referred to as a diacetyl rest.

For folks who keg their beer just transfer to the keg after primary fermentation is complete and then force carbonate & cold condition for a few weeks. If you used Wyeast 2565 to ferment your beer the first pour may be a dumper due to lots of yeast but subsequent pours will be clearer and tastier.

My Requirements for a Kölsch

Mash at a water-to-grist ratio of 1.5 qts/lb. Adjust brewing water to be consistent with Cologne water profile and add lactic acid to achieve a mash pH of 5.2 – 5.4. Mash at 149 °F for 75 minutes. Sparge until approximately 7 gallons of wort is achieved (tailor amount based upon your boil off rate to obtain 5.5 gallons of wort post boil).

Boil vigorously for 75 minutes in an uncovered brew kettle adding the Tettnang hops at the beginning of boil. Add 0.5 ounces of Tettnang hops for the last 15 minutes for a flavor addition if desired.

Ferment cool (e.g., 60 – 62 °F) until final gravity is achieved; conduct a diacetyl rest towards the end of fermentation if you prefer. Transfer to a lagering vessel (e.g., carboy, keg) and lager cold (e.g., 35 °F) for a minimum of three weeks. Package when lagering is complete.

All contents copyright 2022 by MoreFlavor Inc. All rights reserved. No part of this document or the related files may be reproduced or transmitted in any form, by any means (electronic, photocopying, recording, or otherwise) without the prior written permission of the publisher.